Qatar Chamber has lauded the support extended by the state of Kuwait by hosting this year’s ‘Made in Qatar’ exhibition slated on February 19 to 22 at the Kuwait International Fair.

Qatar Chamber chairman Sheikh Khalifa bin Jassim al-Thani praised Kuwait’s Prime Minister Sheikh Sabah al-Khaled al-Hamad al-Sabah for his patronage of the expo, which is organised by the Qatar Chamber, in co-operation with the Ministry of Commerce and Industry, Qatar Development Bank as strategic partner, and in co-ordination with Kuwait Chamber of Commerce and Industry.

Sheikh Khalifa said Sheikh Sabah’s patronage emphasises the “strong fraternal relations between both the brotherly countries.” He also stressed that this will give a strong boost to the exhibition, as well as a business forum, which will be held on the sidelines of the event.

“This will encourage Qatari and Kuwaiti businessmen to further promote their joint co-operation and build more alliances and partnerships that support both the countries’ economic integration,” Sheikh Khalifa pointed out.

Sheikh Khalifa stressed the Chamber’s keenness on strengthening communication between Qatari manufacturers and businessmen and their counterparts in Kuwait with the aim of achieving an industrial and commercial partnership between both the sides that serves the national economy of both the countries and to promote trade exchange.

“The expo aims to provide an opportunity for manufacturers and exhibitors to meet with their Kuwaiti counterparts and discuss the establishment of partnerships and alliances that would boost Qatari industry and exploring what the Qatari market needs from new industries, especially those that depend on modern technology.

“On the sidelines of the exhibition, the ‘Qatar-Kuwait Business Forum’ will be held to offer an opportunity for both the sides to review trade relations. The forum will also focus on means of increasing joint investments and trade, as well as to encourage businessmen and companies to establish projects and transactions that serve both the economies. The expo highlights five industrial sectors: energy, petrochemicals, food industries, SMEs, furniture, and miscellaneous industries,” Sheikh Khalifa said.

According to Sheikh Khalifa, this year’s ‘Made in Qatar’ expo highlights the advancement of the Qatari industry, which witnessed the establishment of as many 800 factories and 116 projects that started production since the June 2017 economic blockade against Qatar.

He noted that trade relations between Qatar and Kuwait witnessed “remarkable development in recent years.” Trade exchange between the two countries stood at QR4.3bn in 2018 compared to QR2.5bn in 2017, “a record growth rate of 72%.” 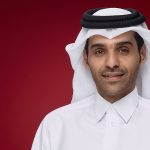 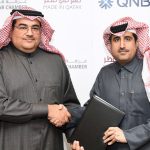