The staging of the ‘Made in Qatar’ exhibition on February 19 in Kuwait reflects the strong relations shared between the two GCC nations, according to Qatar’s ambassador to Kuwait Bandar bin Mohamed al-Attiyah.

A press statement from Qatar Chamber, organiser of ‘Made in Qatar’, quoted al-Attiyah saying, “Both relations had significantly developed thanks to the care and wisdom of the leaders of both the states, His Highness the Amir Sheikh Tamim bin Hamad al-Thani and Amir of Kuwait Sheikh Sabah al-Ahmad al-Jaber al-Sabah, and their continuous desire to enhance and support the brotherly relations of Qatar and Kuwait.”

Al-Attiyah also noted that the large participation of Qatari companies in the exhibition and the business forum to be held on the sidelines of the expo demonstrate the sincere interest of Qatari businessmen and firms to enter the Kuwaiti market and forge commercial ties that would help in enhancing both countries’ economies.

The ambassador also hoped that the exhibition would be “a great success” and help in establishing joint ventures for the benefit of developing both countries’ trade and economic co-operation.

As many as 220 Qatari manufacturing companies will be displaying their products during ‘Made in Qatar, which will be held on Wednesday at Hall No 4 inside the Kuwait International Fair. 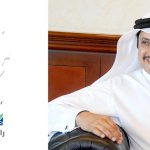 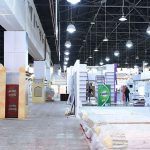